Fenwick History: Who were the persons Fenwick owned?

In 1784, Fenwick inherited property including land in Charles County, Maryland and some enslaved people from his father, Colonel Ignatius Fenwick. Fenwick's brothers managed this inheritance while Fenwick studied in Europe. In Flanders (now Belgium), Fenwick joined the Order of Preachers, or Dominicans, and eventually was ordained a Catholic priest. Fenwick claimed his inheritance in 1805. At that time the number of enslaved people attached to the Charles County property probably numbered about a dozen individuals. Fenwick sold the Charles County land, but transferred the enslaved people to Kentucky. They helped to establish St. Rose Priory, the first Dominican House in the United States. George, Dick, Ned, Steph, and Frank eventually worked the grist mill at St. Rose, while Giney, Susan, and Celia tended the garden. 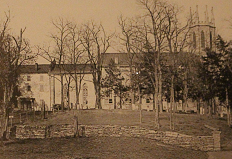 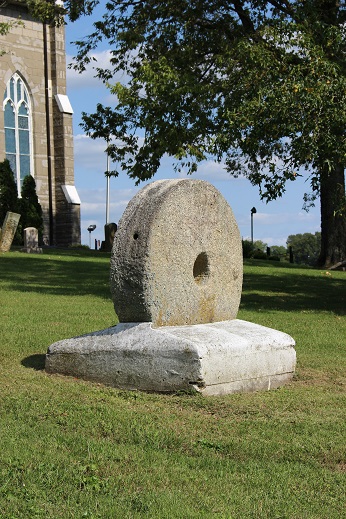 The winter of 1807, Fenwick's brother-in-law, Nicholas Young of Prince George's County, Maryland, donated to Fenwick a young enslaved boy named Sixtus, along with an old horse. Young instructed Fenwick to sell both the boy and the horse immediately. But Fenwick could not get a good price for either. Fenwick vowed to try again after the market improved, but it is not clear if Sixtus was ever sold.

The enslaved community soon grew mostly by natural increase to nineteen people. Fenwick’s enslaved workers assisted brick layers, stone masons, and carpenters in building St. Rose Church and a new St. Rose Priory. The enslaved women took care of the house and continued to tend the garden. The enslaved men cared for the livestock, kept the farm in working order, and ground corn at the mill. For a time, Fenwick worked beside the men at the mill. Fenwick considered his slaves part of the St. Rose "family." But Fenwick also described his slaves as requiring "much or more looking after than elsewhere." A man named Spink (probably Raphael "Ralph" Spink) helped manage the slaves, especially when Fenwick was away from St. Rose.

When Fenwick permanently moved to Somerset, Ohio in 1817, the Dominicans hired a local Catholic, Clement Riney to oversee the enslaved workers at St. Rose. The St. Rose slaves nonetheless undoubtedly enjoyed a fair amount of autonomy.

Fenwick became Bishop of Cincinnati in 1822. In 1825 he handed over to the Kentucky Dominicans legal rights to the St. Rose slaves. Fenwick thereafter praised Ohio as a free state and described the people of Ohio as morally superior to the slaveholding people of Kentucky.

In 1829 Fenwick suggested that the Dominicans sell all the St. Rose slaves in order to liquidate the property’s debt. Pope Pius VIII did not allow the sale. Fenwick opened what would become Xavier in 1831, and died in 1832. The number of slaves at St. Rose subsequently grew to thirty-seven, eventually including Fred and Alice Hardin, two persons acclaimed as the last slaves owned by the Dominicans. 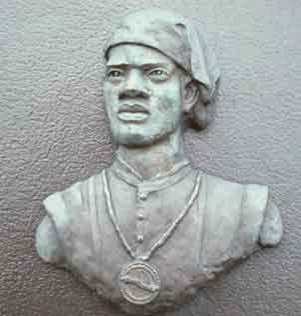 Matthias Sousa, an indentured servant, who, along with a slave named Jowett, was among the first Catholic persons of African heritage to live in colonial Maryland.

The most significant, earliest American Catholic community to settle in 1634 at Maryland included many free indentured servants and a few enslaved individuals. With the introduction of tobacco around 1700 the number of enslaved Catholic persons grew. Up to the Civil War, slaves contributed significantly to the Catholic community, especially by providing food and sustenance for religious leaders (such as Jesuit priests), and by helping some Catholics, including the Fenwick family, prosper. 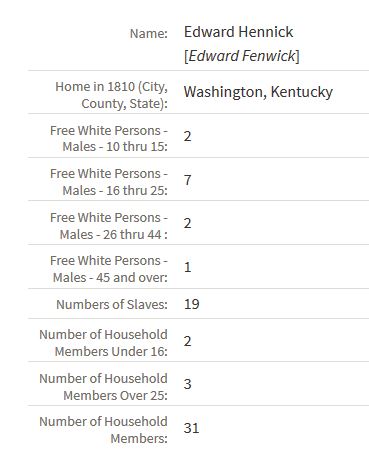 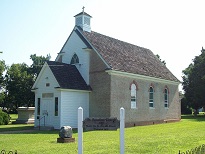 Another enslaved child, Mary was born on the Fenwick plantation, and subsequently baptized at St. Francis Xavier Church (also in southern Maryland) in 1770. Upon Colonel Fenwick's death in 1784, Edward Fenwick inherited 900 acres of his father's land along with some of his slaves, perhaps including Mary and/or members of her family. 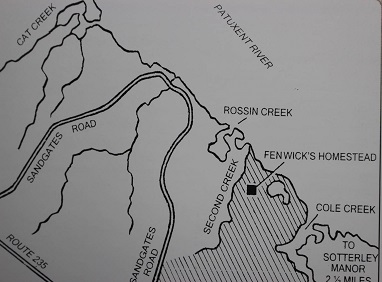 But Edward Fenwick was in Europe for some twenty years after his father's death, and his brothers managed his Maryland property. Edward Fenwick did not claim his inheritance until 1805, at which time he sold the land he inherited, and used the proceeds to purchase other property in Kentucky where he started a religious community, the St. Rose Dominican Priory. Fenwick also transferred the enslaved women and men that he inherited from Maryland to St. Rose. 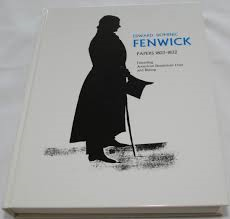