On October 17, 1831 Bishop Edward Fenwick opened a college he called "The Athenaeum." In fall 1840 the Society of Jesus, or Jesuits, took control of the school. They renamed it St. Xavier College. In 1930 St. Xavier College became Xavier University. 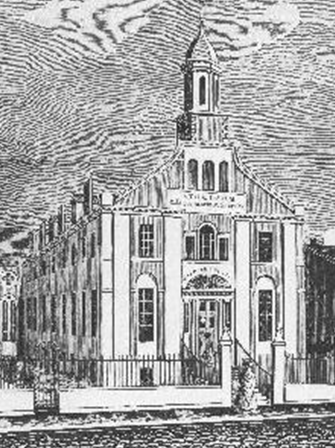 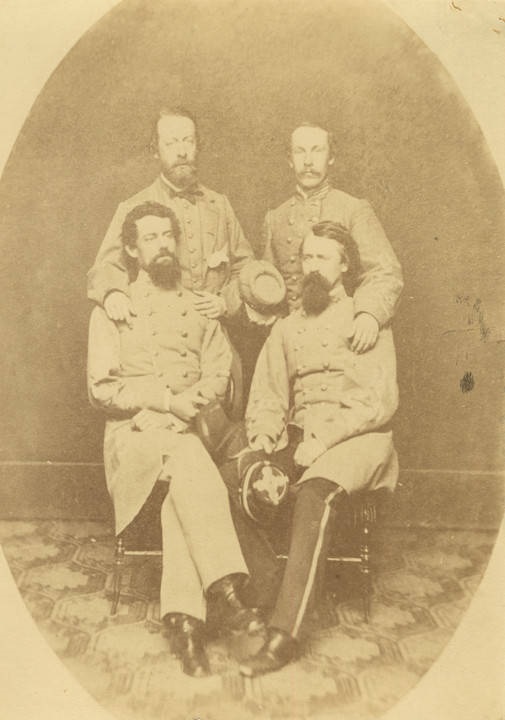 (standing to the left)

Origins of the Athenaeum

On December 17, 1829, Fenwick’s Vicar General Frederic Résé (the future Bishop of Detroit, pictured below) returned from a trip to Europe to Cincinnati with money donated by the Vienna-based association that Résé had organized to raise funds for the American missions. 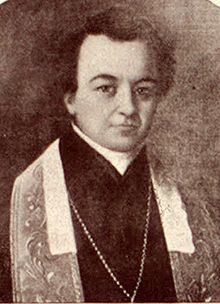 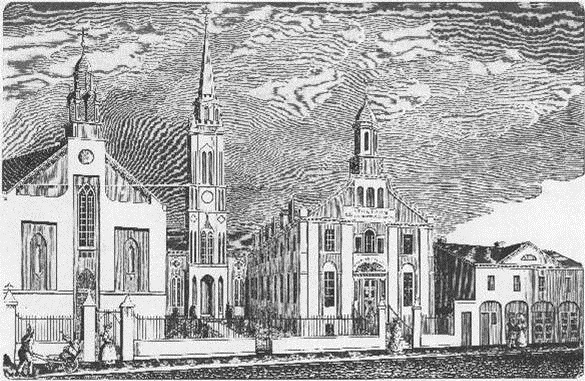 The Leopoldinen-Stiftung, as the organization was known, lifted Cincinnati out of debt and inspired Fenwick to start a seminary, publish a weekly newspaper, The Catholic Telegraph, and on October 17, 1831 open a college that Fenwick named the Athenaeum, the first Catholic institution of higher learning in the Old Northwest Territory (the third tower from the left in the picture above, and now two schools, St. Xavier High School and Xavier University). The $11,500 used to build the college probably came mostly, if not all from Leopoldinen donations.Unable to find “a proper president,”[i] that is, anyone qualified to do the job, Fenwick named himself Athenaeum’s first president, but Résé oversaw the school’s construction, wrote the school’s prospectus, and managed the early affairs of the school all while Fenwick was out of town.  In fall 1831 Fenwick returned to Cincinnati and attended the school’s opening, but less than a month later travelled to Washington, D.C. to secure funds for three other schools Fenwick had built for Native Americans in the northern part of the diocese. Fenwick was interested in developments at the Athenaeum, but his influence on the institution was relatively small.

Fenwick returned to Cincinnati in late March, 1832 but mid July caught cholera while again visiting the northern part of the diocese. Fenwick died on September 27, 1832 at the Colter Inn at Wooster, Ohio. Fenwick’s successor, Bishop John Baptist Purcell with assistance from his priests maintained the Athenaeum, including for a few years an early boarding school, until the Jesuits took charge of the institution in 1840.

Presidents of the Athenaeum 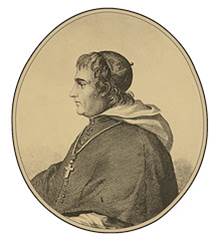 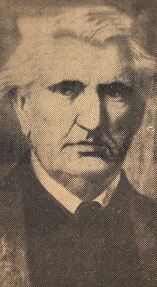 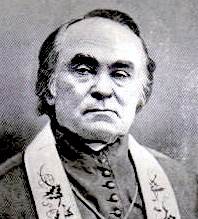 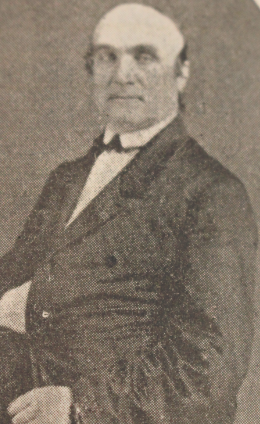 The Cincinnati Catholic Telegraph reported on the annual commencement exercises held at the Athenaeum on four occasions (July 6, 1833; July 4, 1834; July 7, 1836; and July 4, 1840). With each report, names of students are included. Otherwise virtually no other records survive from the Athenaeum. But several letters of Bishop Fenwick identify another Athenaeum student, Robert Boyd, son of Colonel George Boyd, an Indian agent of the upper Great Lakes from 1819 to 1840.[i]